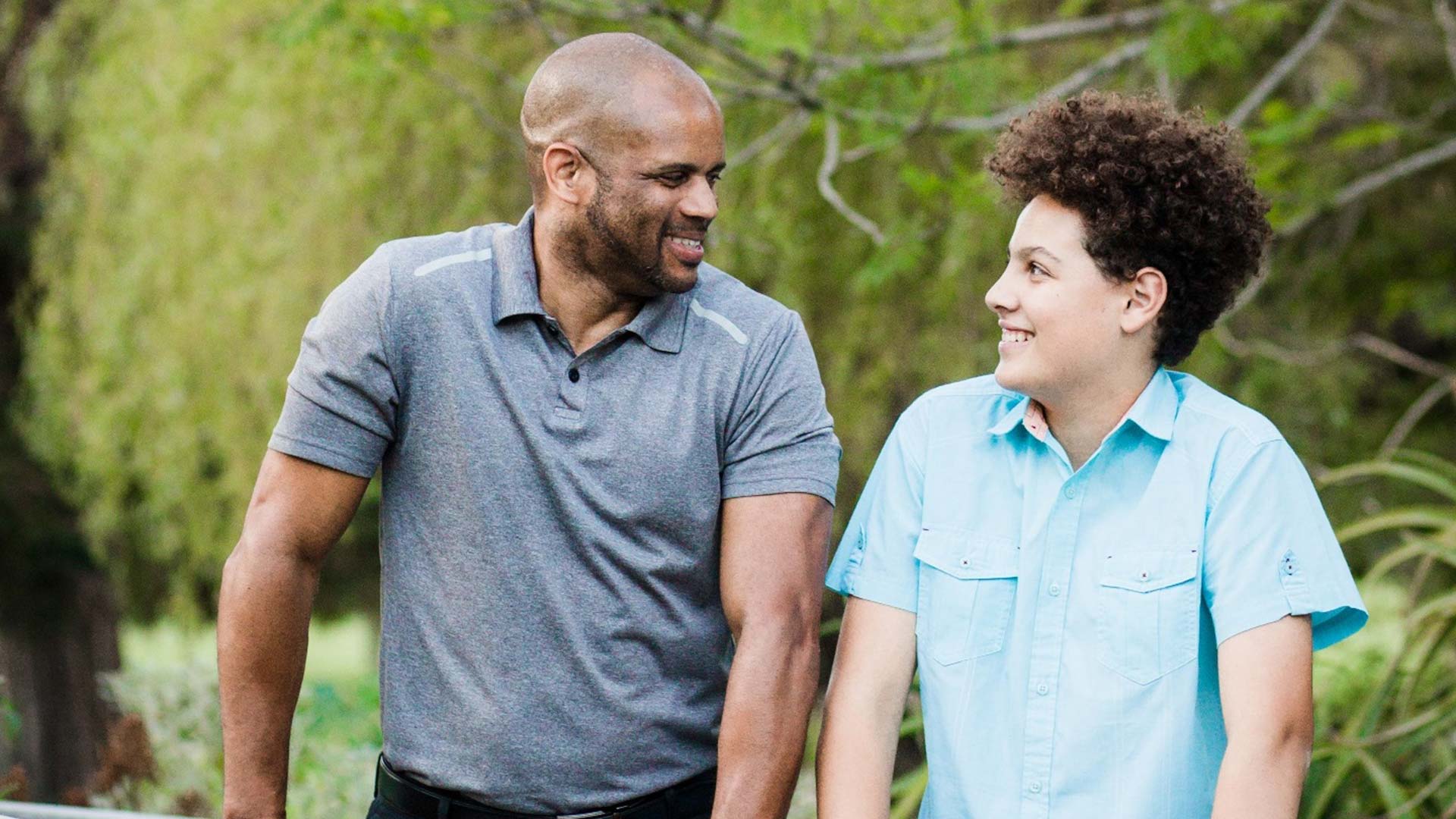 Hyland, 14, is being raised by his mother Shelley and was matched with his Big Brother Dimitrius in June 2014. Growing up, Dimitrius considered his grandfather to be a mentor to him, and he was inspired to become a Big Brother because he wanted to be the type of person he needed in his life when he was a child, and give that guidance to another young man.

Hyland and Dimitrius agree that some of their favorite things to do together are attending sporting events, or just sitting and talking.
These two have shared some very special experiences, including a visit to Levi’s Stadium to watch a San Francisco 49ers game! “My favorite thing about being matched with my Little Brother is the fact that he enjoys and looks forward to our outings,” says Dimitrius, “and getting to see him grow physically and maturity-wise.”

Hyland and Dimitrius both have learned a lot from the time they’ve spent together. “My Little Brother teaches me about the challenges of growing up as a youth in today’s society,” says Dimitrius. “From Dimitruis, I have learned to always think about the bright side in sticky situations,” says Hyland. “He’s open to everything, and he always listens and gives good advice. I can also always teach my Big Brother about new video games and the new features included in them.”

“My hope for Hyland in the future is that he is happy and successful in whatever he chooses to do,” says Dimitrius. “To anyone else considering becoming a Big, I would say that there are so many boys who need a positive, empathetic male figure in their lives. It’s a rewarding experience, much- needed in our community and you’ll get to feel like you’re a kid again!”